Dealing with anger can be quite revealing in the life of a Christian. It is perfectly normal to get angry. There are many opportunities every day for anger, like that lady in the red Nissan, the cashier who isn’t paying attention, the child who just won’t listen or that well-meaning friend who just plain gets on your 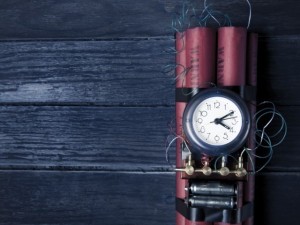 nerves. Anger can be deep-seated and, if left unchecked, it can lead to bitterness and unforgiveness. In fact, many Christian counselors report that about 50% of the people they counsel are dealing with anger issues.

Of course, the Bible mentions “righteous anger” in Ephesians 4:26, but I think we can all agree that, even though that might happen, it’s pretty rare. Most anger stems from self-righteousness – when we think we’ve been wronged or treated unfairly or when we don’t get OUR WAY! When this happens we will often strike out and even hurt others in the process. We all remember that our fathers told us that life isn’t fair, but when we are faced with that reality something rises up within us that we must learn to control. James instructs us to be “quick to listen, slow to speak and slow to get angry.”(James 1:19) He goes on to say that our anger “does not produce the righteousness of God.”

We see this picture most clearly in Jesus’ telling of the parable of prodigal son. His older brother’s anger is palpable. The diligent, obedient, steadfast, hardworking, dependable, self-righteous older brother – he thought he was a saint, but, in his anger, revealed what was truly in his heart! He lashed out at his father and refused to go into the celebration – “All these years I’ve slaved for you and never once refused to do a single thing you told me to. And in all that time you never gave me even one young goat for a feast with my friends. Yet when this son of yours comes back after squandering your money on prostitutes, you celebrate by killing the fattened calf!” Luke 15:29

Several years ago I had a similar situation. I was frustrated. I got angry. I got self-righteous. In many ways I was right, but, my reaction was very wrong. One night our friend Hannah Miller gave a concert at the church we were attending. She sang her song “In the Yard” – a beautiful picture of the Father’s love and mercy in the story of the Prodigal Son. As I listened to that song it was as if I was the only one in the room and I heard the Father whisper to me, “You are the older brother in this story.” Not an accusation, just a statement of fact. In that moment I could see it so clearly and I could feel the loving encouragement of the Father as I realized how my attitude, anger and resentment had not only poisoned me, but others as well. I went home that night and wrote a song I called The Party. I apologized to a lot of people over the next few weeks and months and then I did what I should have done one year earlier – I moved on. Not with bitterness and unforgiveness, but with the understanding that I had heard His voice and it was time. Later that decision would bring joy and release.

It takes time to diffuse anger. It can be very painful and hard to walk through, but, when we allow God to speak, His discipline produces the “peaceful fruit of righteousness”. (Hebrews 12:11) In his first letter to the Corinthian church we find Paul dealing with Christians who are wrestling with anger – even taking each other to court! He is, of course, incredulous at the thought of this and tells them that when they can’t settle simple disputes, inside the family so to speak, it means they are already defeated. And then he says a most remarkable thing, and something that goes against all that is fair and right within us – “why not rather be wronged? Why not rather be cheated?” 1 Cor. 6:7 That is something most of us will need to think about, quietly, in our hearts, for a long time. It’s the kind of statement that makes you “drop your rock” and think. It seems to me that this is a clear picture of what the hymnist meant when she wrote, “and the things of earth will grow strangely dim, in the light of His Glory and Grace”!